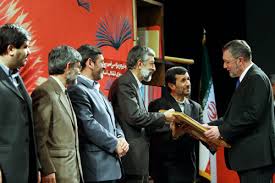 Al-Raghib al-Isfahani was an influential Islamic thinker whose contributions to Islamic thought often go unnoticed, attention usually being given to the Ikhwan al-Safa and Miskawayh of earlier days and to this younger contemporary, al-Ghazali. Yasien Mohamed, in The Path to Virtue: the Ethical Philosophy of al-Raghib al-Isfahani remedies this deficit by showing the pivotal role that al-Isfahani played in the development of Islamic thought, and particularly in the field of ethics. Mohamed does far more than examine the ethical philosophy of al-Raghib al-Isfahani, he traces the origin, adoption and evolution of that thought over the centuries from ancient Greek thinkers through earlier Muslim philosophers, to al-Isfahani, and ultimately to al-Ghazali and Ibn Khaldun.

Mohamed’s approach is methodical and rigorous. After establishing al-Isfahani’s place in the history of Islamic thought – between Miskawayh and al-Ghazali – through painstaking biographical research, he turns to an examination of every element that makes up al-Isfahani’s ethical system, devoting an independent chapter to each. These chapters are devoted to cosmology, epistemology, psychology, the virtues, justice, love and friendship, which are then followed by chapters expounding upon al-Isfahani’s economic and educational ethics. The book is completed with an annotated translation of the first chapter of al-Isfahani’s principal work in ethics, al-Dhari’ah ila Makarim al-Shari’ah. This is the first time that any portion of this book has been translated. – David Jalajel, King Saud University.