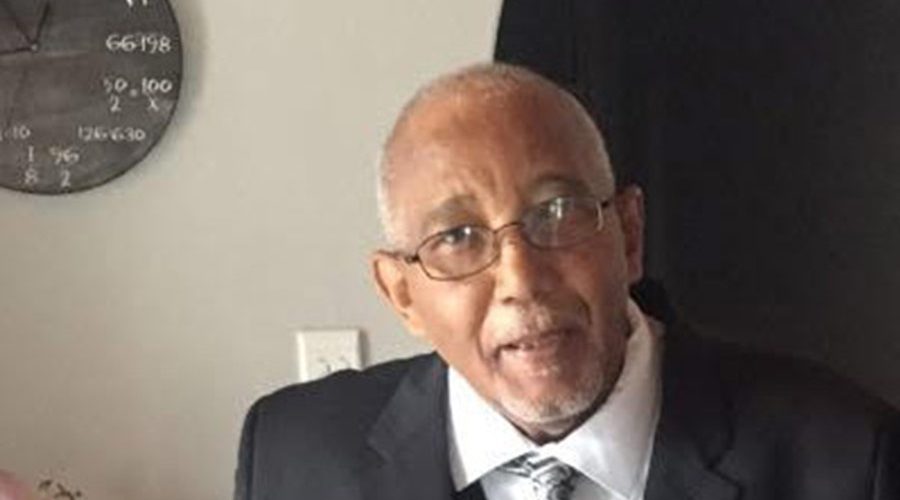 I first met the University of the Western Cape’s (UWC) icon, Professor Jan Persens, at my job interview in May 2008.

Across the table, he chuckled when I told stories of my brief period of unemployment – how I had rallied my retired neighbours to build community with each other. We did that with group visits to Rondevlei Nature Reserve and Muizenberg’s catwalk where the local coffee shop wouldn’t allow us to buy one loaf of bread to share at the table. He was three years away from his retirement at the time, and he would listen because he was the personification of a people’s person.

Professor Persens was born to a family of farm workers in Moorreesburg. His wife, Judy, confirms that after the farmer (his parents’employer) pulled out of offering to support his academic career financially, they continued to support young Jan’s academic endeavours with the aid of teachers helping him obtaining bursaries. Eventually, he became a mathematics mastermind – a doctor of applied mathematics and professor of maths at UWC. This, while working passionately towards sourcing bursaries or scholarships for deserving students at UWC.

In his time, Prof Jan Persens was a keen advocate of the Oresund, a science region in Scandinavia where cooperation through centres of excellence was promoted as an exemplar for cross border collaboration and advancing internationalisation. In analysing the potential of brain circulation, he shared insights on establishing Euro-African partnerships and networks which focused on training young African professionals and establishing and supporting regional centres of excellence. He suggested too that Africa (and Latin America) could benefit from examples of storing brain power, as was the case with expatriates returning to Korea, Taiwan, China and India. Research networks, he argued, are important opportunities for young faculty and postgraduate students. He recommended computer simulations and research teams as important mechanisms for developing local skills and regional centres as the basis for such cooperation. Prof had amazing foresight.

Joining the International Relations Office in November 2008 under the leadership of Prof Persens, the very first departmental Director, was the stimulating opportunity I needed. In the first meeting I attended in my new job, he had been invited to Germany to talk on the significance of international partnerships – just one of many such invitations. I took six pages of notes and referred back to them every few years. Little did I know that they would remain relevant to UWC’s mission of internationalisation.

Later, I was to learn that whenever Prof (as we called him) talked, I had to have a pen and paper handy or I would need to race back to my desk to capture the ten or twelve ideas and updates he shared in what appeared to be a simple conversation. Each time one of his three staff members placed a cup of green tea or coffee at his elbow, we were inspired with new deliberations, including internationalisation at home (I@H) and service learning to advance acculturation through internationalisation.

When his health became a challenge, he increased his walking from home to the University, and from his office to executive meetings held in the Administration Building or the newer School of Public Health and Life Sciences buildings. During those walks, he had a cheery greeting for John, the gardener at the Senate Building, who had been a student of his when he taught at the local high school. Any student who crossed his path would be drawn into an exchange that invariably involved a link to some or other family member, no matter what part of the province they were from.

Many sought his counsel regarding how to approach their promotion in the university hierarchy, how to deal with conflict in their department, or how to ensure the needs of international students, refugees and asylum seekers were suitably championed. We had our hands full keeping his appointments in check.

Prof Jan, as some affectionately called him (while others didn’t dare), wore two lanyards around his neck. On them hung a series of flash drives, each of which was a living archive of draft papers that he often invited me to read and comment on, nudging me closer towards the PhD on internationalisation that I tried my best to avoid.

At his computer, when we leaned over his shoulder to solve a technical challenge, amongst the documents there was always a maze of articles from the internet, papers from co-supervisors or students (he continued to mentor in his discipline of mathematics) and numerous emails open at the same time. With a calm exterior, his mind continued to be ablaze with new possibilities and making strategic linkages that culminated in international collaborations with people and organisations from Japan and the USA’s Midwest, to Spain and Morocco.

In coping with the COVID-19 pandemic, I am reminded of Prof’s presentations that were often prefaced with Kofi Anan’s message in 1998 – that the challenges of our world are problems without passports for which we need blueprints without borders, and that the new millennium offers unparalleled opportunities for universities – as centres of knowledge – to play a vital role in addressing the world’s concerns.

On Service Learning, Prof advocated that it is “crucial to offer young people the learning opportunities of an international and intercultural exchange”. He spoke of “complacency shattering” through international service learning and how this can also be achieved through I@H. A related outcome is that it potentially contributes to the aspiration of students becoming work-ready. He charged that there is an amelioration of cultural authenticity due to the “influence of information technologies” by some local students, and that there is “particularly a lot to be appreciated within rural communities”.

He strove to develop partnerships within the framework of the UWC Mission as an African institution in an international context committed to excellence in teaching, learning, research and innovation, to nurturing cultural diversity in South Africa, and to responding to a society in transition in critical and creative ways – drawing on its experience in the liberation struggle and aware of its distinctive academic role in helping to build an equitable, dynamic society. In his absence, he continues to lead.

The footprints laid by the late Jan Persens continue to be relevant today.

Webinar: The future of higher education in Europe